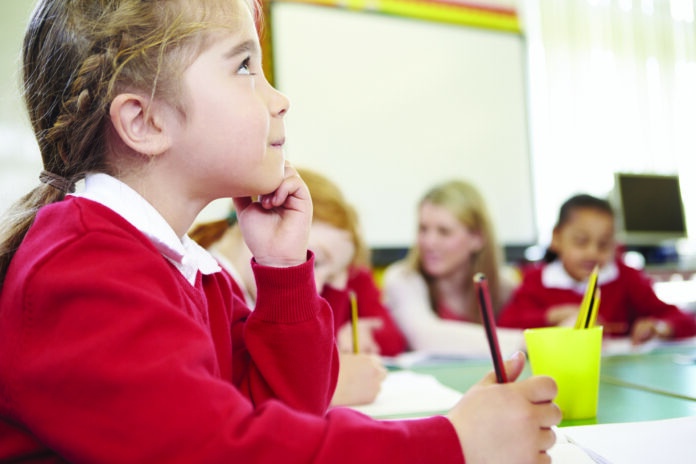 A child, let’s call her Katy, is in a maths class but is continually turning around and talking to her friend in the seat behind. She’s actually asking how to do the work as she was daydreaming during the lesson and missed the teaching. The teacher, let’s call him Mr Wright, calls her name from across the classroom and says if she doesn’t get on with her maths she will not go out to play.

Katy is mortified, she hates being called out and doesn’t want to miss play so immediately tries to turn her attention back to the task. But she has forgotten the instruction, she doesn’t understand what she needs to do, she has no idea how long it is until breaktime and she feels she needs to move around as she’s been sitting too long. But she is too scared to ask. So instead she stays in her seat, looks like she is working but in actual fact her tummy is flipping butterflies and she is starting to feel sick.

Katy is made to stay in at break.

Another child, let’s call him Bobby, is in the same maths class. He is constantly calling out, jumping up every 10 minutes, distracting others and rummaging through his drawer. He’s looking for a letter that he knows should have been given in about a PE trip. Mr Wright approaches him and crossly asks him why he is out of his seat. Bobby is unsure how to answer that. He just knows his body needs to keep moving. He can do the maths easily so he actually finished it within 5 minutes and now he’s bored. Bobby is unsure what lesson is next and is panicking that it’s PE. He often misreads social cues and is now getting angry because he feels the teacher is always picking on him. So he answers him rudely which immediately escalates the situation.

Bobby is made to stay in at break.

Katy and Bobby both present as ‘naughty, disruptive and unfocussed’.

Yet they have both been diagnosed with ADHD and so will have difficulties with hyperactivity, impulsive behaviour or being inattentive. Their executive functioning is poor so may have problems with initiation, organisation, time management, working memory, transitions or emotional regulation. On top of that there may be some sensory sensitivities or sensory seeking behaviour which may affect focus and attention.

So what Katy and Bobby need are ‘reasonable adjustment’, accommodations, differentiation, a change of attitude, positive reinforcement and kindness.

Mr Wright uses a system of red cups and green cups which stack on top of one another. If a child is feeling okay with their work the green cup is on top. If they are stuck they put the red cup on top to alert the teacher they need help. So there is no need for Katy to ask her friend how to complete the task. Mr Wright notices the red cup and gives Katy a whiteboard and writes down clear, small steps she needs to do to complete the task. He gives Katy some maths equipment to support her learning and says he would like Katy to complete just 2 more sums. He rewards Katy with a high five when she has done this and asks her to be the monitor at playtime.

Mr Wright has given Bobby a visual timetable so that he knows exactly what the next lesson is going to be. He also has a notebook so if he has a good idea he wants Mr Wright to see, he writes it down instead of calling it out. He also uses the notebook to doodle as this helps him focus and concentrate when Mr Wright is teaching. On each table there is a box of challenging puzzles to do when he has finished his work. When Mr Wright notices Bobby out of his seat, he gently reminds Bobby that he could be doing the puzzles but also asks quietly why he is looking in his drawer. Realising that Bobby needs the PE letter, he sends Bobby to the office so he can phone home. This is also an opportunity for Bobby to have a movement break. Bobby sorts out the letter and happily joins his friends in the playground.

The ‘reasonable adjustments’ Mr Wright made for Katy and Bobby were not expensive and didn’t need complicated manuals or training. Mr Wright showed patience and kindness.

Yet too often in schools we hear how our children with ADHD are punished and excluded.

I do not think punishments work for children with ADHD.

Unless teachers put in place the supports as I’ve described above, our children will still make mistakes, be impulsive, miss important instructions. Threatening a child with a punishment will not make them fidget less or call out less, will not help a child who is distracted by a flickering light, is worried about missing an instruction or needs to fidget.

Punishments make children with ADHD feel worthless. It affects their self-esteem and makes their peers see them as naughty and may avoid establishing friendships. A recipe for developing sad little people.

I am not suggesting that our children use ADHD as an excuse to get away with unacceptable behaviour. Our children need boundaries and if there has been a serious issue there needs to be consequences.

But I think teachers must stand back and look at their practice. Have they used their ‘best endeavours’ to meet the needs of every pupil? Are they using ‘reasonable adjustments’ to ensure all pupils with a diagnosis of ADHD are being treated fairly and with kindness? Because as parents of children with ADHD, that’s all we ask. 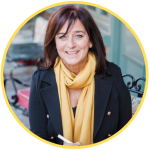