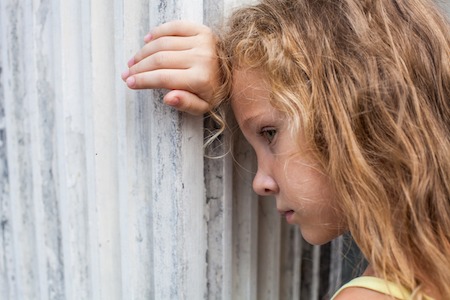 The Government’s plan to transform mental health care for children and young people is facing serious barriers, says a new report by the Young People’s Mental Health Commission of the Education Policy Institute.

The report explores progress made since the publication in 2015 of the Government’s strategy, Future in Mind, which was supported by funding of £1.25 billion over five years.

Earlier this year, in its first report, the Commission found that services were turning away a quarter of the young people who were referred to them, and that waiting times varied dramatically across the country. Its new report identifies key barriers to the delivery of the transformation programme for children and young people’s mental health.

The vast majority of trusts (83 per cent) said they had experienced recruitment difficulties, with 51 instances of a trust receiving two or fewer applicants for an advertised post. 80 per cent of trusts said they had to advertise posts on multiple occasions to fill roles, with mental health nurses being the most difficult profession to recruit, followed by consultant psychiatrists.

Of the 122 published local transformation plans, only 18 areas (15 per cent) have “good” plans, while 48 per cent of plans “require improvement” and 37 per cent require “substantial improvement’. On average, localities in the Eastern and West Midlands regions performed best.

The report found that recruitment challenges had led to an 82 per cent increase in expenditure on temporary staffing in the last two years. Nearly £50 million was spent on agency staff by 32 trusts in 2015/16. However, there were significant regional variations in recruitment difficulties, with six areas (15 per cent) not experiencing any problems, in particular trusts in the Midlands and some northern trusts.

There are also concerns that available funding is not going where it is most needed. “Our research also found the £1.25billion announced with such fanfare in 2015 is not reaching frontline services”, said the report’s author Emily Frith, Director of Mental Health at the Education Policy Institute, writing in the Huffington Post (17/08/16).

For 2016/17, £119m has been allocated to local areas. However, this has not been ring-fenced but has been included in their total baseline allocation; specialist services also sit within a wider network of support from youth services to local authority funded charities and social care, meaning there is a risk that the overall budget for children and young people’s mental health may not increase or may be reduced due to wider austerity measures.

Although the Commission is not due to make detailed policy recommendations until the Autumn, it has identified a number of areas where urgent action is required. The report says Health Education England should work with provider trusts and local health and care commissioners to ensure that the workforce strategy to support transformation covers recruitment and retention of key staff, improving the skill-mix between the different professions and covering training needs for specialist and universal staff such as GPs, health visitors and teachers.

It also says there must continue to be a rigorous process of assurance of how local areas are planning to spend the additional investment and the development of local plans as part of the business planning process for the second year of implementation, particularly given the risk that the transition to baselined funding and “mainstreaming” the plans will shift the focus away from children and young people’s mental health.

Unless improving services remains a top priority for the Government with annual clear implementation plans and access standards at a national level for which the Department for Health as well as NHS England can be held to account, there is a risk that levels of access will remain the same, or even deteriorate, the report concludes.

“This report highlights worrying risks to the delivery of the government’s major strategy on children and young people’s mental health. We owe it to our children to make sure that this strategy succeeds”, said Norman Lamb MP, Chair of the Commission and former Mental Health Minister.

To view the report, Progress and challenges in the transformation of children and young people’s mental health care, click here.