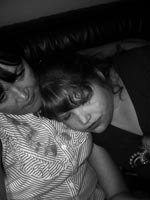 A lack of respite support for those with learning disabilities is having a “devastating impact” on families, says Mencap.

Parents are being left feeling “depressed, isolated and even suicidal” because they are not getting the short breaks they need, according to new research conducted by the charity.

The study reveals that 58 per cent of councils have cut their spending on short breaks for families of children with a learning disability. This is despite the Government investing £800 million in short breaks for children over a four year period from 2010. However, this extra investment has been introduced as the Government has reduced council budgets. In a statement, the charity says it is concerned that, “as the extra government money intended for short breaks was not ring-fenced, it has been lost as councils and health services try to plug gaps in shrinking budgets.”

The research found that more than 80 per cent of families of adults with a learning disability did not receive any short breaks this year. Nine out of ten family carers reported high levels of stress, and more than half of family carers said they have given up, or are considering giving up, work.

Dan Scorer of Mencap will discuss the survey’s findings, and how short breaks can benefit families, in the next issue of SEN Magazine (SEN64).