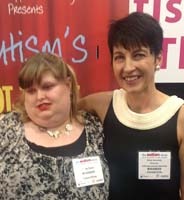 Autism campaigner Anna Kennedy has been awarded an OBE in the Queen’s birthday honours list. The mother of two sons with autism and founder of Hillingdon Manor School has been recognised for her work to raise awareness of autism.

Anna says that she hopes to use the award as a springboard to bring about improvements in the world of autism. “I will accept the OBE on behalf of all families who are affected by autism”, she says.