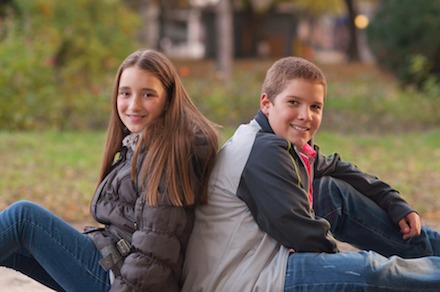 This year’s National Dyspraxia Awareness Week will focus on the “diagnosis divide” between girls and boys.

Taking place from 11 to 17 October 2015, the event will highlight what organisers the Dyspraxia Foundation say is the growing issue of girls, teenagers and young women “slipping through the net”, in terms of early diagnosis

Frequently falling over, difficulty walking up and down stairs, poor hand-eye co-ordination, short-term memory problems, lack of spatial awareness, difficulty getting dressed or applying make-up and illegible handwriting are some of the physical symptoms for people affected by dyspraxia.

While young women with dyspraxia can struggle on through school, university and even in the workplace, without ever receiving a diagnosis, it can have a huge impact on their lives and their families.

The results of a new national survey will also shed light on why so many girls “get by” without an official diagnosis and why they fall below the “professional radar”, as well as highlighting the benefits to young women with dyspraxia if introduced to special coping mechanisms from as early an age as possible.

Once referred to as “clumsy child” syndrome, dyspraxia – which is also known as developmental coordination disorder (DCD) – is a common condition affecting fine and gross motor coordination, in both children and adults. Although the exact causes of dyspraxia are unknown, it is thought to be caused by a disruption in the way messages from the brain are transmitted to the body. This affects a person’s ability to perform movements in a smooth, coordinated way.

Dyspraxia/DCD is thought to affect around five per cent of the population and around two per cent severely.

Dyspraxia Awareness Week will include the “Funky Friday” event on 16 October. Children and adults are being asked to show their support for the campaign by wearing their most colourful or “funky” item of clothing to work or school.

The Cinderella of SEN

A life with dyspraxia