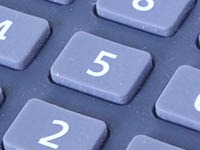 A new UK charity has been set-up to highlight numeracy issues and tackle national attitudes towards numeracy.

National Numeracy, which launched on 1 March 2012, says that the number of adults in England with poor numeracy skills has reached 17 million, nearly half the working-age population. The charity points to the Government’s Skills for Life survey of 2011 which showed that nearly one in two adults had numeracy skills roughly equivalent to those expected of primary school age children. Many working people, the survey reports, cannot understand pay and deductions on a wage slip.

Chris Humphries, the Chair of National Numeracy says that “It is simply inexcusable for anyone to say ‘I can’t do maths’. It’s a peculiarly British disease which we aim to eradicate. It doesn’t happen in other parts of the world, and it’s hitting our international competitiveness. With encouragement and good teaching, everyone can improve their numeracy.”

The charity intends to campaign to change negative attitudes towards maths and work with partner organisations to identify and spread new ways of improving standards of numeracy.
www.nationalnumeracy.org.uk