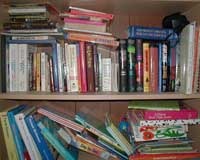 The British Dyslexia Association (BDA) has received a donation of £37,000 from the Qualcomm Foundation, the charitable arm of the global mobile technology company Qualcomm. The award will fund a new dyslexia awareness initiative in England and Wales.

In 2013, the BDA will run a regional Dyslexia on the Move roadshow to showcase the support, equipment and IT tools available to help people cope with dyslexia in their day-to-day lives. The tour will also seek to educate the wider public on the issues surrounding dyslexia and how the condition affects individuals.

While up to ten per cent of the general public is believed to be dyslexic, the charity believes that many people remain undiagnosed. “A huge amount of people still do not understand what dyslexia is or even realize it is a disability, and as such those with this hidden condition are often forced to overcome numerous barriers in order to make a full contribution to society”, says Dr Kate Saunders, chief executive at the BDA.

More information on Dyslexia on the Move is available at:
www.bdadyslexia.org.uk/get-involved-and-fundraising/dyslexia-on-the-move.html

Teach how they learn