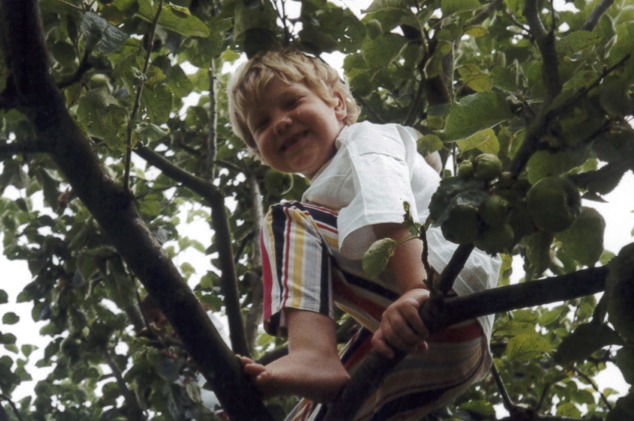 Being home-schooled helped me make the most of my ADHD

I was out buying groceries the other day, when I saw a little boy in his school uniform having an argument with his dad in the cereal isle. Clearly tired and frustrated from a long day, he held up his lunch-box and slammed it down on the ground; his strawberry milk spurted out all across the bottom shelf of goods. A few parents looked on disapprovingly. I managed to catch the boy’s eye for just a second and threw him a wink that said, “Yeah, me too.” After all, that was me, minus about 15 years.

When I was growing up, I was a parent’s worst nightmare. I got on the wrong side of all my teachers at nursery, I shouted over my parents and their friends at dinner parties, I even broke mum and dad’s bed frame (they slept on the floor for a year thereafter).

Needless to say, I didn’t get on well when I started school. The fact that I could read before I got there meant that I was a step ahead of all the other children and, as a result, the teacher wouldn’t let me answer any of the questions in class. For a kid like me, that was just fine. I found plenty of tables to draw on, plenty of pieces of paper to cut into a million tiny little pieces and plenty of other kids with hair I could pull and ears I could flick from behind. The headmaster would always be less than impressed when, all too often, he would walk down the hallway to find me stood outside the classroom door, sent out again for misbehaving.

Of course, when my parents heard about all this, they had the good sense to figure out that I probably wasn’t being challenged enough by my daily regime of sitting around, discovering new ways to disrupt an entire class’s learning experience while a teacher droned on about things that seemed like second nature to me. They asked for me to be moved up a class. The schooling system, being the schooling system, said “no”. That was when formal education and I decided to take a break from each other for a while.

This new adjustment immediately meant much more free time. Knowing that I had no shortage of enthusiasm, mum and dad signed me up for pretty much everything they could think of: football club, chess club, music lessons, and theatre school every Sunday. I must have been the most stimulated kid in the country.

Having seen the failures of the mainstream education system, my parents also withdrew my older brother from school at the same time as me. The two of us were roving around endless activities, having a blast and learning a great deal too. Invariably, being the wise sage that older siblings tend to be, my brother’s increased maturity meant that he could stick at things a lot longer than I could. He would patiently sit and learn new skills like perspective drawing or dancing, and I would test the durability of various chess figurines in a chess-piece-versus-table-top competition that was completely self-devised.

Pretty soon, it became clear that I was “different”. Here are just a few of my “highlights”: there was the time I broke someone else’s leg in overzealous play-fighting; the July afternoon I hit my brother over the head with a metal hammer playing “police versus burglars”; and the unforgettable day my violin teacher refused to teach me any further on the grounds that I was “uncontrollable”. While, in isolation, any of these events might simply serve as an illustration of the boys-will-be-boys philosophy that can be used to excuse any number of poor decisions, when incidents like these are occurring pretty much every day, people begin to see things differently.

So what was the solution? Send me to my room? Sure, they tried it. I ended up going crazy in there and emptying all the bookshelves and banging on the walls. Nope, there had to be another way. Mum and dad kept trying.

Eventually, they had effectively reached their wits’ end. I was impossible to teach, impossible to control and pretty much impossible to talk to unless I was getting my own way. So what did they do? They stopped trying. Now, I don’t mean for one second that they gave up on me. My parents were far too loving to neglect their own child, no matter how irksome I undoubtedly was. But neglect and creative freedom are two different things. Without trying to force focus out of me, eventually they just took a step back and let me write my own syllabus. Of course, this syllabus changed on pretty much a daily basis; one day I would be reading books on astronomy and talking non-stop about one of Jupiter’s moons (perhaps Ganymede, the third in order of those massive enough to have collapsed into a spheroid); the next morning, I would be writing poems or making clay pottery.

The important thing, to them, was not what I was learning, but simply that I was learning. By allowing me this freedom to learn whatever I wanted to learn, my parents enabled me to motivate myself, without having to synthesise or try and instil motivation in me from the outside. This led me down every intellectual path imaginable and allowed me to assimilate a vast amount of knowledge about certain subjects, just as anyone can do when they are truly passionate about something. Sure, I wasted some time climbing trees and making sand-castles while other kids were working hard at school, but I never wasted a second trying to learn something I had no interest in. And, sure enough, when I did eventually go back to school, there were some pretty hefty knowledge gaps that needed to be filled in, but by this point my mental faculty was so well-practised from all my time spent reading New Scientist of my own accord that it took hardly any time at all to catch up.

Nowadays, I am the king of my hopeless attention span. I run around daily forgetting what it was that I was so keen on accomplishing the day before, and I never cease to find new pointless avenues to focus all of my attention on for no reason other than the sheer joy of learning. It’s what helped me attain a first class honours degree, and it has always been the greatest tool in my arsenal of employable skills.

So maybe I regret winking at the kid in the cereal aisle. Maybe I should have gone up to his dad, put a hand on his shoulder and said, “It’s OK. He’s just not made to fit into that uniform. Not quite yet, anyway.”

Philip Whitehead is a former singer/songwriter turned Zen student and freelance writer. He is currently training to work with dyslexic children and adults and writing articles for publication on the topics of health, education and spirituality:
www.philipwhitehead.com 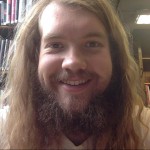 Why behaviour is never bad