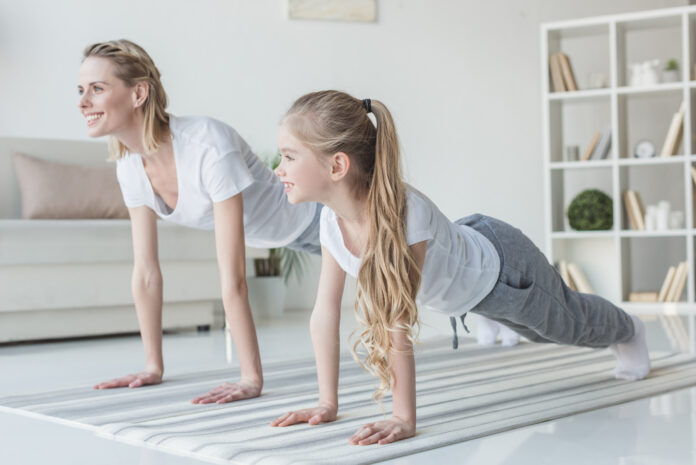 With more than 15% of students in England receiving some form of SEN support, with needs ranging from ASD to hearing impairments and physical disabilities, schools are often looking for new and engaging ways to support their students with SEND outside of the classroom. Many schools report that a number of children with SEND does not have an Educational Health and Care Plan (EHCP). Whilst in mainstream schools some interventions will be in place, it is often the case that teaching across the curriculum is not adapted to the needs of these pupils. There can also be significant delays in gaining ECHPs agreed by Local Authorities, leaving pupils without support and struggling to access learning. With this in mind, the benefits of teaching yoga in a SEND setting can be wide-ranging and often profound, providing teachers, parents and pupils with the tools needed to ensure the child’s health and emotional wellbeing at school and beyond.

Yoga is a non-competitive practice originating in India that goes far beyond the images of impressive handstand and body contortions you may have seen on social media. It ecompasses breathing techniques to help calm the nervous system, as well as philosophical questions such as ‘what does it mean to be kind?’ It works through the autonomous nervous system to promote relaxation and reduce stress, something that benefits SEND pupils in particular, whose needs are consistently not provided for, especially if they do not have an EHCP. Yoga has been proven in numerous studies to reduce levels of cortisol in the body. Cortisol is known as the stress hormone, and levels rise whenever we are anxious. For young people, especially those with existing conditions such as ADHD and ASD, this can be twice as distressing and can exacerbate the challenges that conditions such as these can bring. Yoga has been proven to reduce levels of cortisol, as well as adrenaline, another hormone provided by the ‘fight or flight’ response induced in stressful situations, and subsequently increase serotonin levels, the hormone known to regulate moods, often referred to as the ‘happy hormone’. Finally, and possibly most importantly, the neurotransmitter GABA, which decreases and regulates anxiety, increases with regular yoga practice.

It is also a practice that is entirely inclusive of all children, irrespective of their abilities. Yoga can be adapted by specially-trained teachers to cater to the needs of this often vulnerable group of children. Lisa Greenough, a Northants-based yoga teacher specialising in yoga for children with SEND says, ‘a child in a SEND setting will find yoga supports their physical, emotional, social and mental well-being, and it also gives them a chance to feel included in a world that is sometimes alien to them. I have witnessed pure moments of joy when a child with SEND is welcomed, listened to, challenged and supported through yoga.’ Her students have said that yoga helps ‘switch their brain off’, and a student with ASD said that it takes a weight of their shoulders.

Benefits for children with SEND

And there are specific benefits to children with a wide range of needs. In children with neuro-divergent conditions, benefits include development of heart and lung strength and improvement and maintenance of a healthy digestive system. In children with Down’s Syndrome, it can improve attention and listening skills, help with hyper-mobility and explore issues around social boundaries.

Yoga in SEND settings also supports the parents. Lisa says that in her experience, parental bonds are formed and strengthened, and new, positive sleep patterns may occur for the child, which has subsequent benefits to the parents. The child and parent can use the techniques they learn in classes to relax together at home, and in some cases, a parent or carer may see an improvement in the formation of friendships between the child and their peers for the first time.

The research around the benefits of yoga in students with SEND is also increasing. In 2012, researchers in India assessed a one-year program with yoga, mediation and play for a group of 69 students aged 6-11 years-old who all had ADHD. Parents and teachers completed a diagnostic test for ADHD in order assess improvements in both symptoms and academic performance. Such scores were seen to improve by teachers after 6 weeks, and were sustained through 12 months in 85% of the students studied. This was then supported in 2015, when researchers in Spain found that yoga exercise seems to create an improvement in the core symptoms of ADHD. A 2016 research paper also found that in a group of 501 participants living with anxiety, those with the highest level of anxiety benefitted the most from yoga. Furthermore, yoga has been shown to increase attention span and motivation.

Netia Mayman, a specialist SEND yoga teacher in Oxford, has found that yoga is highly valuable to her pupils. In her classes, she does do a lot of postures that help to gradually strip out some of the infantile responses in the bodies, such as rolling. She also identifies the benefits of the combination of the physical movement with the rhythms of the music she uses, as this combination means that pupils start to use their lungs properly almost immediately.

Netia goes on to say that the most important aspect of teaching yoga to this particular group of children is to ensure that visual cues and verbal explanations go further than what might seem obvious to neurotypical people. For example, she suggests that in a SEND setting the cues, ‘Remain on your back, bend your right knee to your chest. Move your right foot to push gently on the wall’ (Then repeated for the left foot) would be necessary, in comparison to mainstream instructions to a class already lying on their backs, which would have been, ‘place the soles of the feet on the wall’.

She also identifies the importance of Teaching Assistants and states that, “the thing I’ve valued most is the opportunity to work with staff. The TAs, who are with the children continuously, know how things are with each on daily arrival, and are now highly participative in the yoga lessons.” These relationships help to increase the benefits of the practice of yoga in SEND schools as all can be involved and watch the progress of their pupils. Increasingly, evidence and case studies are building the case for the mandatory provision of yoga to SEND students, and perhaps this is something we can hope for as teachers and educational advisers. One day, perhaps all of our children will be given the gift of yoga in schools. 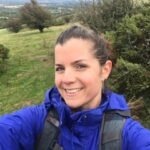 Helen Forester is the Manager of Yoga in Schools, a for-profit charity providing specialist yoga teachers to schools across the UK.