Steve Proctor, head of sixth form at MOAT school, discusses the many upsides to inclusive teaching in mainstream schools.

When working with pupils with dyslexia, there is often a focus on coping strategies to work in conventional education. The requirements for success for these pupils who think differently are often stacked against them. Repetitive learning, large class sizes, hard set deadlines and no one-to-one support build up to a confusing and disheartening final result for many pupils who don’t fit into the box of mainstream education.

Whilst there are many SEN specialist schools throughout the UK, they often focus on vocational qualifications, which although are fantastic in their own right. However, they don’t allow for highly intelligent pupils to get their foot in the door of higher education, which unfortunately still runs on narrow entry requirements.

After leaving secondary education, pupils with Education Health Care Plans often find themselves either thrown into Sixth Form or College with little to no support, or unable to attend a conventional institute at all. In mainstream sixth form or college, up to 10 pupils can access shared support in already large classes, even though they require individual help.

Pupils in post-16 education often want to blend in with their mainstream peers. A delicate and collaborative approach to supporting these students needs to be adopted. Within this complex situation the classroom teacher and learning support staff need to work together. Far too often, SEN pupils are still viewed as the responsibility of the support assistant. The Department for Education’s (DOE) Teachers Standards require each teacher to adapt their teaching to meet the strengths and needs of all the students in their class. Every teacher should be a teacher of SEN and not focus on the individual but make classes accessible for all pupils to achieve their potential. A central change in SEND Code of Practice has been focused on ensuring all teachers see themselves as teachers who have responsibility for the progress and well-being of every child in their class, including those who have SEND.

A significant amount of SEN pupils suffer high anxiety in Year 11 and the further transition period to year 12. Pastoral and academic support to guide them through this transition is crucial in their steps to adulthood and individual learning. SEN students should not be disadvantaged by their needs when trying to gain entry into BTEC and A Level courses and bespoke support should be in place for each individual that does not serve to give them an advantage over non SEN peers but simply levels the playing field. 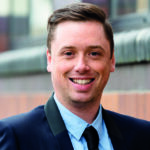 Steve Proctor is the head of The Moat Sixth Form part of the Cavendish Group.
Steve joins the Sixth Form in its first year opening in September 2020. Previously,
Steve has experience as a SENco and Learning Assistant at William Morris Sixth
Form focusing on pupils with dyslexia and SPLDs.

The “benefits” of dyslexia labelling