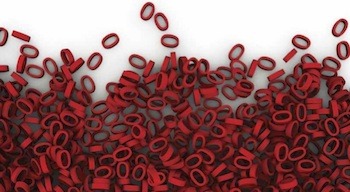 Without an understanding of “zero”, “nought” and “no”, children’s behaviour simply doesn’t add up

The Dorset Special School’s Maths Project is a group of maths coordinators from special state and independent schools who meet for three days every spring term to talk maths and complete a project. We are a forum for developing ideas, sharing good practice and supportive therapy. The mixture of schools caters for children with a very wide range of SEN.

In the last year, the Project explored the idea that an understanding of the concepts of nought, one and two is crucial in a child’s behavioural development. The claim was based on an idea suggested in the book Alex’s Adventures in Numberland, where Alex Bellos reports his friend Pierre Pica’s encounter with the Munduruku tribe of the Brazilian Amazon.

Most of us see numbers in a linear way. So, for example, if we were given the numbers one to five, we would set them out as follows:

A member of the Munduruku tribe might see them as:

Robert Siegler and Julie Booth from the Carnegie Mellon University found, in 2004, that children up to the age of seven years old tend to view numbers in the same way as the Munduruku and after that age in a linear mode. The majority of children in our respective schools almost certainly see numbers logarithmically; all of the team know children who cannot count consistently with one-to-one correspondence beyond two. We also know children who can apparently count beyond 100, but when asked to collect cups for three friends are stumped. Consequently we need to think about our expectations for mathematical development in the light of Bellos’ insight. This also has profound implications for understanding behaviour: a child’s thought process may well be as follows: one is me; if I see another one, I may well be hurt and I need to worry. Two of them and my problems have doubled. I am in serious trouble; more than two makes little odds to me as I will be hurt. Consequently the child is in constant fight or flight mode when another person enters their world, which may lead to them being anxious, defensive and violent.

Bellos states that there are tribes who only use the concepts one, two and many. It is not asserted in his book but an understanding of zero is something that these tribes must also have to function successfully. Our group spent a long time discussing the importance of nought, zero, nothing and nothingness, and we agreed that a clear understanding of this concept is crucial to wellbeing. We were also persuaded that the earliest ideas come from the word “no” and although we do want school to be a positive place, we need to acknowledge that this term can (and should) be used as a prerequisite to understanding a wealth of human conditions. A child who never hears “no” is as likely to have severe behavioural issues as the one who constantly hears it.

The case for “no”

Without understanding “no” we cannot comprehend negatives; consequently, “no hitting” becomes hit and “no spitting”, spit. For many of the children we work with, we know this is how they perceive negative statements, so we keep our language positive; therefore, “no hitting” becomes “hands down, stand back” and “no spitting” becomes “mouth closed”. This is a sound and useful approach. We also know that for many of our children, “no” is a trigger word and will lead to aggressive behaviour. However, I believe that a total avoidance of the word “no” is denying children an essential learning tool in developing the crucial concept of nothing or zero and all that it implies.

For the child who is triggered by “no”, the word is seen purely as a denial of wants and needs: “no you can’t do that”, “no you can’t have that” or “no, don’t even think about it”. Introducing the word “no” in a none-threatening mathematical way can take the sting out of it, and make it more palatable when used sparingly as an instrument of behaviour management. For example, when walking past an empty room you could comment that “there are no people in the room”.

Nothing has been added

Saying “no” to a child can mean that the status quo is being maintained; in mathematical terms, x+0=x. “No” in this context is not a simple denial; no thing has been added or taken away and the child is no better or worse off by not having the desired object. We can see that the concept of maintaining the status quo is attractive to children with attachment issues and autism. A clear understanding will alleviate some anxieties, particularly if we can prove to them that things can stay the same. For example, you are in school now and later you go home; nothing has changed.

Nothing will come of nothing

We have also thought about the child who comes home from school and in response to the parent’s inquiry, “what did you do at school today”, replies: “nothing.” The nothing often reflects the fact that the child has been away from the house for six hours and so much happened that s/he could not possibly know where to start taking about it. The idea is central to Shakespeare’s King Lear, where the mad old King has demanded flattery from his daughters to gain their share of his already divided estate. After hearing her sister’s sycophancy, Cordelia responds to the King asking her what she can say to warrant a share greater than her sisters with the word “nothing”. What she is saying is that she loves the King so much that she cannot say, but Lear only hears the word “nothing” and the whole tragedy unfolds as a result.In terms of behaviour, this idea of nothing is important as a shortcut and as a means of not thinking about what needs to be said or done.

Any parent who has taken a child Christmas shopping will recognise that asking the child to say nothing about Granny’s present will guarantee that Granny will know about the slippers at the next meeting. Teaching a child when, and when not, to divulge a secret is essential for a child’s safety, and abusers rely on children not knowing that there are times to say nothing and times to speak out. A clear understanding of the implications of saying nothing will help a child towards our desired conclusion: “I am being harmed; if I say nothing, nothing will change. Therefore I will tell someone.”

In the criminal courts, the power of this particular nothing was sufficient to have the law changed so that the right to silence was removed; a refusal to speak is now seen as a lack of cooperation and inferences can be made from the silence. Silence, or saying nothing, is an incredibly powerful tool and “sending a peer to Coventry”, where a person is singled out not to be spoken to, is a particularly vicious form of bullying.

Nothing also means “stop”; it is as far as you can go; it is the line in the sand. Thinking again of King Lear, when his beloved daughter dies, in one of the great speeches Lear cries:

The “no” here is so powerful and strong. As a teaching tool, we often use a-a = 0. Here, zero is seen as an absence – I had something but it has been taken away and I have nothing. A child who lacks this concept will be unable to comprehend theft or grief. In behaviour terms, it could be the child who takes whatever s/he wants from whoever s/he wants, or it could be the child who has no control over his/her own personal belongings. Without an understanding of loss, losing makes no sense. Developing empathy will be challenging, most probably impossible, if a child lacks this very basic mathematical concept. If we are thinking of offering this child a behaviour programme based on withdrawal of rewards, this will at best be problematic.

How can we develop an idea of 0 or nothing?

Our feeling is that zero is a difficult concept to teach and comes after an understanding of one, two, lots and possibly even larger numbers. However, the implications for behaviour necessitate that we teach it alongside the numbers to ten. Here are some ideas we have come up with for developing the concept, though they are by no means exhaustive:

We have established a link between early mathematical understanding and behaviour. However, it is not simply a question of “sort out the maths and everything else will follow.” I believe that the teaching of zero and all that it implies is vital in developing a sense of wellbeing and an ability to cope with the world. At the very least, the word “no” is useful in developing this concept.

Dave Cooper is a Senior Leader in Education working for Poole Teaching School Partnership, out of Montacute Special School, which caters for children with severe learning disabilities and additional issues:
www.montacute.poole.sch.uk

Teachers – help is at hand!

How to survive as a teacher

We’re hearing stories from autistic people, like Connor, who are struggling to adapt, and will struggle again when the lockdown eases. Help us continue to support those who need us: https://bit.ly/2ZRKInx

ABOUT US
SEN Magazine is the UK's leading journal for Special Educational Needs. Useful and thought-provoking articles written by specialists in the field.
Contact us: info@senmagazine.co.uk
FOLLOW US
© SEN Magazine Ltd
×
MORE STORIES