The current situation around keeping your child at home or sending them to school is complicated, but Karen Holden explains.

With lots of anticipation and trepidation surrounding the return to school, government advice is requiring all pupils to return to school unless otherwise agreed. This means that, when absence is not agreed upon, fines will be issued. Whilst there has been much debate and criticism over the issue of fines, it seems that they are back in full force. Unfortunately, with the fine for absent children potentially reaching £120 (equal to 8 weeks of food vouchers for a low-income family), coupled with looming job losses, it is crucial that parents and teachers are aware of the law surrounding absenteeism.

Parents or carers of a child have a legal responsibility to ensure their child receives a suitable education, which is usually achieved through regular attendance at school. Under current regulations, schools must put their children’s names on the Admissions Register. If a pupil does not attend school, they are marked as absent. This absenteeism can be either authorised or unauthorised.

Schools will usually authorise an absence if the child is too ill to attend and the school accepts this or has  a medical appointment, if they are being educated off-site, if the parent has got the advance permission of the school or if the child has been excluded or is on study leave. Schools are required to regularly inform the Local Authority of any child who is regularly absent from school. It should be noted that local lockdowns and quarantining are valid reasons not to attend school.

Local Authorities and the school can use several legal powers to enforce attendance including fines, an Education Supervision Order, a Parenting Order or a School Attendance Order. Fines differ depending on your Local Authority, and the different rules can be found here: https://www.gov.uk/find-local-council.

The current Process around Fines

Usually, the school will decide if an absence is to be classed as unauthorised. This would then be referred to the Local Authority, which can issue a fine of £60, which doubles if not paid within 21 days.

Currently, pupils who have to self-isolate because of a confirmed case of coronavirus won’t need to be added as an absence statistic, and therefore will not be fined. However, if a parent is keeping their child from attending school because they do not believe it is safe, the child will need to be marked as absent. If this happens for a prolonged period of time, the child may be reported to the Local Authority, leading to a fine.

As schools have a legal requirement to report absent children, it is not advised that they take it upon themselves to decide whether to report absent children. Instead, the required report should be made and the Local Authority will make the final call. This fine was waived during the peak of the COVID-19 pandemic but the Education Minister has recently confirmed that the fines will be active again in September. If a fine is issued, there is no right to appeal. If you do not pay the fine, the Local Authority can proceed to prosecution through the courts or withdraw the notice.

Headteachers should remain consistent in their approach to pursuing parents and ensure action is non-discriminatory.  Their decision cannot be determined by gender, age, ability or ethnicity, otherwise their actions could come under scrutiny and in breach of the Equality Act.

On the face of it, parents and carers in England who do not send their children back to school in September will face fines. The government has been steady in their recent advice that schools are safe places and more damage will be done to children who do not attend than to those who do. With this in mind, it seems likely that fines will soon become the norm again.

However, it is unlikely that there will be an all-encompassing, strict approach to the issuing of fines if a parent decides not to send their child to school. There has been lots of criticism around the current approach and schools do seem to understand the anxieties felt by some parents, especially if their child is vulnerable. Although effective measures will be put into schools to aid in social distancing it is hoped that a system will be implemented where Local Authorities contact families before issuing fines.

Government advice has been published for schools on absence and this must be followed. The Government has also produced an addendum to this advice that is COVID-19 specific. It is highly recommended that this be read by all teachers.

Whilst fines are certainly possible, it is more likely that an open dialogue with schools and the Local Authority will become the first point of call in order to build trust with families before hastening to fines.

What Should Parents do if they Receive a Fine?

If a parent has concerns about the health and safety of their child, they should first look at risk assessments and policies put in place by the school. If they still have concerns, they should raise them with the school directly and then with the council if the matter is not resolved. Parents must be clear that what they are concerned about goes against government advice and where possible, should get physical evidence of any breach.

If you are then fined for your child not attending school, you may have a defence if you have followed this process and the issue has not been resolved, although this is not guaranteed. 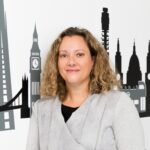 Karen Holden is the founder of A City Law Firm