Elaine Nicholson writes about Sean, her teenage client who developed PTSD after being mistreated for his special interest at a young age.

Autism is a lifelong condition for which there is no cure. It is characterised by social communication deficits and restricted, repetitive, behaviour patterns. Individuals on the spectrum may also suffer sensory and fine or gross motor issues. Although autism spectrum condition is referred to as a disorder, many autistic individuals prefer to see their autism as an identity instead.

The neurotypical 99% of the world use imprecise language to communicate, which autistic children struggle with. They are known to use very formal, exact language and tend to struggle to understand clichés and metaphors like “get your skates” on, or, “I will see you around 7.00 p.m.” It seems ironic that, because autistic children speak with precision, they are often seen as poor communicators by the neurotypical masses who struggle to understand why autistic children cannot understand their generalised speech filled with tropes, idioms and proverbs. When human beings can’t communicate and be understood, frustration builds.  In autistic people, frustration can lead to meltdowns. When in meltdown mode, autistic children experience the adverse psychological and physiological effects of “fight/flight/freeze/appease” modes of functioning.

It is well-documented that autistic people often have comorbid conditions, with ADHD, depression and anxiety being the most common. It has also been posited that autistic individuals have a higher chance of being significantly affected by traumatic events, with 17.4% of children with autism going on to develop PTSD. My experience with hundreds of autistic children tells me that they can, and do, go on to develop PTSD symptoms following unsympathetic and uncaring interactions from early caregivers, misunderstanding of their autism and how it affects them from early caregivers or a poverty of positive regard with a heavy focus from caregivers on what they cannot do rather than celebrating what they can do.

One of my early and most memorable clients came to me when I worked as a counsellor in a Special Educational Needs (SEN) college. Sean’s PTSD had its roots in his primary education, when, aged ten, he was castigated persistently by a school teacher for his special interest, Rupert Bear. Sean knew absolutely everything there was to know about the Rupert Bear series. When I first met Sean, he asked me, “Elaine…do you know who drew Rupert the Bear first? Did you know Rupert has been drawn by many people?” Of course, I knew nothing about Rupert the Bear aside from the basics, but I quickly learnt the facts through my therapeutic relationship with Sean.

After a while, Sean opened up and shared that his teacher, Mrs Jones, would ridicule him. Mrs Jones would exclaim loudly and angrily “only babies like Rupert bear!” Mrs Jones would also warn Sean to “stop going on” about Rupert, and threatened to keep him in school all night if he didn’t stop talking about Rupert.

As an older boy, aged 19, when Sean was stressed, he would pace up and down the college yard, flapping his hands with a pained look on his face, berating himself. In this state, Sean would then graduate to the phase of constantly repeating lines from the Rupert Bear series, as in a desperate attempt to self-regulate and alleviate his anxiety. In Sean’s mind, there was a war going on – Sean and Rupert against Mrs Jones. Despite the fact that more than nine years had passed since Sean’s unfortunate experience with Mrs Jones, the memories were as fresh as the day when they first occurred.

It was clearly evident to me that Sean had symptoms of PTSD. He reported experiencing nightmares and flashbacks to his year 5 & 6 school days and “seeing” his old teacher berating him. He also tried to avoid talking about Rupert the Bear because he believed avoidance would help him to feel better. When Sean felt threatened, he became the year 5/6 pupil and lost his adult self. He would lash out or run away and hide when a memory of the past came too close to his current day existence and he was emotionally numb most of the time. Sean also had difficulty focusing at college.

When Sean began counselling with me, discussing the lovely Rupert Bear was the first thing I did, a sort of exposure therapy, a cognitive behavioural technique (CBT) that exposes an individual to the source of mental torture in a safe, controlled, warm and welcoming manner without any threat to self. I allowed Sean to teach me things about Rupert the Bear. To this day I consider that I gathered enough information to safely compete on Mastermind on the subject of Rupert! Not only was gradual exposure to the source of threat part of my plan for Sean, so too was my allowing him to teach me something. All too often, and regardless of neurology, children are taught by adults, but they never get a chance to teach us something. Children who can see that they are teaching us something greatly grow in confidence.

In time, Rupert Bear aided my therapeutic work with Sean enormously. Sean could see that his love of a little white bear with a red jumper and check yellow scarf was something to be proud of, and slowly, he began to heal. Sean was impacted so severely by his past experience that my work with him will take years and I believe that he will never be truly over it.  While I have helped Sean to manage his symptoms better and reduce the frequency of his flashbacks, obliteration of Sean’s harsh memories is not possible. I will continue to help Sean to accept these memories without allowing them to block his shining light going forwards.

This article has appeared previously in SEN 108. 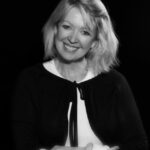 Elaine Nicholson, MBE, is the founder and CEO of Action for Asperger’s. Elaine is a qualified counsellor with a Master’s degree in autism and post-graduate certification in Asperger’s syndrome.

A brief history of autism