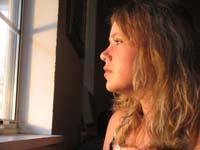 Nearly half of young people in care say they are made to leave care too early and are not properly prepared for their future life, according to a new report by Roger Morgan, the Children’s Rights Director.

The After Care report considered the views of more than 300 young people who had either recently left care or were preparing to do so. While most people tend to leave care at around the age of 24 years, some of those surveyed were leaving at just 16. One care leaver quoted in the report said: “As a 16-year-old I have gone from a children’s home to a women’s refuge. I have gone from having lots of support to having none.”

Many of those leaving care said that they needed more help with practical matters such as dealing with money and obtaining passports, national insurance cards and other official documents.

The report’s findings also highlighted the emotional effects of leaving care too early. “Young people telling us about their experiences of leaving care have mentioned that loneliness is something that many are struggling to cope with”, said Dr Morgan. “Having spent years living with others in care, many now feel as though they have moved to a life of isolation and limited support.”