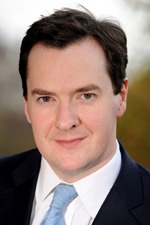 Sweeping cuts may affect many with SEN

The Chancellor George Osborne has announced that the Government’s direct spending on English schools will rise slightly from £35 billion to £39 billion over the next four years, an increase of around 0.1 per cent in real terms. However, the Department for Education’s (DfE’s) non-schools budget, which includes services such as Early Years, youth services, after school services and sixth forms, will experience a twelve per cent cut over the same period. Taken as a whole, the DfE’s budget is expected to decrease by three per cent by the start of the 2014 academic year.

With teachers already facing a pay freeze and unions gearing up for possible industrial action, The Guardian has cited a confidential report by civil servants in the DfE which projects that 40,000 teachers in England will lose their jobs as a result of the spending review.

Capital spending on schools is set to fall by around 60 per cent following the Government’s controversial scrapping of Labour’s flagship Building Schools for the Future project.

Higher education has been hit particularly hard by Mr Osborne’s review, with the university teaching budget being slashed by 40 per cent from £7.1 billion to £4.2 billion. Many in the university sector have warned that some institutions of higher education will be forced to close as a result.

The new Pupil Premium (PP), championed by the Deputy Prime Minister Nick Clegg, will attract funding of around £2.5bn by 2014. The PP is aimed at supporting the education of the most disadvantaged children, which may be good news for those with SEN. However, its budget is a reallocation of existing schools budget funds, and it is not yet clear how or by whom this pot will be distributed.

The Spending Review was undertaken by the Government with the aim of reducing the country’s budget deficit, but speaking of the potential effects on economic growth and jobs, the Leader of the Opposition, Ed Miliband, accused the Government of taking “the biggest gamble in a generation”.

While, on the face of it, the schools sector may have fared slightly better than many feared in the Chancellor’s review, substantial cuts in the welfare sector, along with a cut of 26 per cent in central government funding to local councils over the next four years, could have a serious impact on the lives of many families of children and young people with disabilities and SEN. Clearly, such a dramatic reduction in local authority budgets seems bound to impact directly on their spending on education and related services. There are serious fears concerning the ring-fencing of LEA budgets, and their provision of so-called “peripheral services”, such as transport for special needs schools.

Speaking after the Review, Mark Lever, Chief Executive of the National Autistic Society, has warned of a “domino effect” of cuts across school services, respite care, crucial benefits and other vital services. “The Chancellor has set in motion a devastating chain reaction for individuals and families affected by autism – some of the most vulnerable in our society”, he said.

The Every Disabled Child Matters (EDCM) campaign has welcomed the Review’s commitment to “extend the use of personal budgets across a range of service areas including special education needs, support for children with disabilities, long term health conditions and adult social care”. However, the campaign has raised concerns that the level of funding for disabled children’s services remains unclear following the Review.

The Jan/Feb 2011 issue of SEN Magazine will include a special feature on the Spending Review and expert analysis of how the Government’s plans may affect SEN in the UK.

Kate Reynolds explains why parents of children with SEN are not teaching proper RSE – and why they should.
#sexeducation #relationships #RSE
https://senmagazine.co.uk/content/care/social/11667/relationships-and-sex-education-engaging-parents/

Various measures have been taken by the government in light of the COVID-19 outbreak, that specifically affect children and young people with special educational needs.
#senlaw #COVID19
https://senmagazine.co.uk/content/support-advice/law/11672/coronavirus-and-young-peoples-legal-rights/?_thumbnail_id=11673