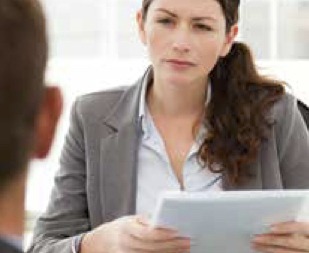 Appealing to the SEND Tribunal

What is the SEND Tribunal?

Parents of children with SEN – or young people over 16 who have “capacity” for matters related to education, health and care (EHC) plans – who wish to appeal about their local authority’s (LA’s) decision regarding SEN, must apply to the Special Educational Needs and Disability Tribunal (often referred to as the SEND Tribunal or SENDIST). The Tribunal is formally known as a First-tier Tribunal (FTT) in the Health, Education and Care (HESC) Chamber. The Tribunal is an informal and independent forum that hears SEN-related appeals in relation to a statement of SEN or an EHC plan. These include decisions regarding refusals to conduct an EHC needs assessment (previously known as a “statutory assessment”) or against the contents of a statement or an EHC plan.

What decisions can you appeal against?

Parents and young people can appeal about LA decisions:

What decisions can you not appeal against?

The Tribunal is currently only able to make education or training-related decisions. It is not able to hear complaints about the way that SEN provision is made, or in relation to complaints about the way a school or LA is dealing with a case. In these circumstances, you can make a formal complaint through the school’s governing body, the LA’s complaints system, the Local Government Ombudsman or the Secretary of State for Education. Sometimes, a child (through their parents) or young person can even bring a legal claim (known as a “judicial review”) to the High Court. The Tribunal will also not hear appeals about outcomes, personal budgets or decisions about the health and social care elements of an EHC plan. At the time of writing this though, the Tribunal is conducting a pilot into making recommendations about the health and care provision in EHC plans.

How do you appeal?

Until September 2014, under the previous SEN framework, parents had two months from the date of the LA’s decision letter to lodge an appeal. However, since that time, although there is still a two month deadline, when it sends the parents or young person notice of a decision which can be appealed to the Tribunal for EHC-related decisions, the LA must now tell the parent or the young person of their right to go to mediation and the fact that they must contact a mediation adviser before lodging an appeal and then obtain a Certificate of Mediation (they do not actually have to mediate if they do not want to) before they can appeal (unless the appeal is only about the school named in an EHC plan). In these cases, appeal deadlines are extended by one month of a Certificate being issued following the actual mediation, or the parent or young person being given the mediation information. There is a standard appeal form to complete on the Tribunal’s website, but many people also send this with more detailed reasons for making an appeal.

What are the stages in an appeal?

The Tribunal normally follows a 20-week timetable from an appeal being registered to a hearing. There are also a further two weeks for a written decision to be issued after the hearing. The process is as follows:

There are also other deadlines to comply with, such as both parties providing details of witnesses they wish to bring to the hearing and telling the Tribunal how the case is progressing. Parties can also apply to the Tribunal at any time for directions in relation to other things, such as obtaining documents or changing the hearing date. There is a legal deadline for LAs amending statements/EHC plans in relation to secondary transfer appeals of 15 February (of the academic year prior to transfer) and for post-16 placements of 31 March (or at least five months before the transfer is to take place). As this would not allow the Tribunal to hear the appeal prior to transfer, the Tribunal now routinely “expedites” (hears more quickly) these types of appeals and adopts a 12-week (or seven-week) timetable.

What happens at the hearing?

The hearing is conducted informally with everyone sitting at a long table (although the Panel usually sits at another table further away). Everyone is allowed to speak about an issue and oral evidence is usually given without taking an oath. The Tribunal always points out that, although they are conducting formal proceedings, it is an informal setting and they are not a “court”. Both parties are usually allowed to bring up to three witnesses (sometimes four, in exceptional circumstances) who can be questioned by the other party and the Tribunal panel.

How long does a hearing take and what happens afterwards?

Can I appeal against an unsuccessful decision?

Do I need advice or representation?

The short answer is probably not. The Tribunal tries to be as parent-friendly as possible and if a parent (or young person) is unrepresented, the Tribunal panel will usually try and assist them in articulating their case, although the Tribunal, obviously, cannot present the case for them, give them legal advice, or be biased in any way.

However, many parents often feel that it is not an even playing field, if the LA’s case is represented by an LA officer who has a lot of experience of appeals or if the LA is represented by a solicitor or barrister. The majority of parents who seek advice or representation usually do so from a voluntary organisation in relation to general SEN matters, or one that is more focused on a particular condition, like autism. Some parents, however, feel that they need legal support and approach specialist solicitors who either represent them directly or instruct barristers to do so on their behalf.

Douglas Silas is the Principal of Douglas Silas Solicitors and runs the website: www.SpecialEducationalNeeds.co.uk. He is also the author of A Guide To The SEND Code of Practice (What You Need To Know), which is available for all eBook readers: www.AGuideToTheSENDCodeOfPractice.co.uk

The advice provided here is of a general nature and Douglas Silas Solicitors cannot be held responsible for any loss caused by reliance placed upon it. Unfortunately, Douglas cannot respond to questions sent to him directly.

Too clever to have SEN?