Far from helping us to move on, modern autism terminology may be getting in our way, according to Debby Elley and Maura Campbell.

After parents learn that their child has autism, they stumble through a forest of terminology and jargon, waiting to trip them up unexpectedly. Debby Elley, co-editor of the autism parenting magazine AuKids, aims to demystify this language together with Maura Campbell, senior editor of Spectrum Women Magazine.

The problem with definitions

The root of the problem is the fact that the very terms used for the condition itself can be confusing. Historically, autism has been referred to in different ways. Yet instead of old terminology being superseded by more up-to-date phrases, we tend to get a gradual drift as society’s views move on. This means that more than one phrase is used to describe the same thing,  which can be bewildering for parents. For instance, has your son got ASD – Autism Spectrum Disorder or ASC – an Autism Spectrum Condition? (it’s just autism). Is your daughter’s autism ‘classic’ or ‘high functioning’? (it’s still just autism).

In addition, there’s often confusion about what’s included in the definition itself. We receive letters from parents stating that their child has ASD and SPD (Sensory Processing Disorder). Or a parent will say that their child has a speech and language delay and autism. This is often because a parent will have received separate diagnoses at different times and rather than replaced one with the more recent term that overrides the last, they’ve just stacked them up. No one seems to have explained to them that speech and language delay and SPD are part of the definition of autism. Anxious to be accurate, they’ve carried around a list of jargon instead.

Once meetings between parents and therapists begin, there’s another, more worrying aspect to the language we use around autism. Parents are highly concious that if professionals underestimate them, they could lose the power to be heard. Afraid of looking uninformed, parents might just pretend to understand some jargon that is in fact alien to them. For this reason, Debby and her co-editor have presented talks to parents and professionals about bridging the communication gap.

‘We ask professionals to look for blind spots where jargon has become part of their daily vocabulary. And we advise parents to have the confidence to ask for clarity when a term is used that they aren’t familiar with. Often people use jargon to mean one thing when it is being understood as quite another.’

Both sides can also be guilty of using jargon as a smokescreen to cover lack of knowledge. A dialogue about an autistic child where one of you uses jargon and one doesn’t creates an unhelpful imbalance of power in that relationship. If you’re a professional talking about behaviour, for instance, you need to explain terms that are unfamiliar to a layperson, such as ‘high arousal’ or ‘self-regulation’, or stop using them.

When parents start to join support forums on social media, there’s a further minefield to negotiate. Innocent phrases popped into a Facebook post can cause a sudden flurry of keyboard fury from fellow users. Debby, who has written about autism for 12 years, was surprised one day to find that someone angrily called into question her description of herself as ‘an autism parent’, a frugal shortcut she used for ‘being a parent of two children with autism’ – so what was the problem? Debby had unwittingly made a political statement. ‘Autism parent’ is now seen by some as synonymous with ‘Autism Warrior Moms’ who seek to ‘combat’ their child’s autism, a stance that is offensive to many autistic adults. Over the past few years, the authors have seen a growing tendency for autistic adults, parents and professionals to engage in angry exchanges over ‘correct’ terminology.” One of the key examples is whether you use identity-first language (autistic adult, Jim) or person-first language (Jim has autism/Jim is a person with autism). The abbreviation PFL (Person First Language) may well be unfamiliar to a parent new to autism circles.

The use of identity-first versus person-first language has been a hot topic for some time. Most adults who express a view have a clear preference for ‘autistic’, since they see autism as inseparable from who they are as a person. They tend to give short shrift to those who insist they should be using ‘with autism’. They don’t always differentiate between those who are deliberately overstepping the mark – by dictating to them what they’re allowed to call themselves – and those who innocently think they’re being helpful, since it’s been drilled into them on training courses and in most autism-related literature that person-first language is more respectful.

Being a parent of an autistic son and autistic herself, Maura can see both sides of the story and understands why feelings on social media can run high. The autistic community are a passionate bunch and they sometimes forget that not everyone is as immersed in these debates, or indeed as interested. Social media can become an echo chamber in which we end up over-estimating the extent to which the ‘approved’ terms are more generally understood. And if something isn’t ‘right’ to them, autistic advocates can find it hard to scroll on by instead of reacting to it. Equally, parents and professionals could at times be more sensitive to the fact that when they talk about autism in exclusively negative or very narrow terms, they make autistic adults feel belittled and invalidated. ‘Well, you’re nothing like my child!’ is a common refrain and a source of great frustration to autistic adults. Of course we’re not – the whole point is that all autistics are different!

It should be safe for people to self-identify and recount their personal experiences however they prefer, provided they are not being deliberately malicious or provocative. It should be fine to challenge and educate other people, but the chances are it will be much more effective if done in a constructive and respectful way. There is a lot of energy within the autistic community that could be directed in a more positive way.

The benefits of online forums

Online autism forums have a lot to offer parents who are new to autism. Debby remembers how daunting and confusing it all was ten years ago when her son had just been given a diagnosis of ASD. ‘I’m sure I used terminology back then that I wouldn’t dream of using now. I try to recall those feelings whenever I hear another parent use clunky language and give them the benefit of the doubt. I know that what they need is support and guidance, not judgement. If they choose not to take it, that is of course their prerogative, but it would really benefit their child if they did.’

Perhaps the focus should be instead on our most basic out-of-date terminology when it comes to autism. For instance, we were quite uncomfortable about the first definition that Debby was given as a parent to explain exactly what autism is. It was defined to her as ‘a triad of impairments’. This term was once ground-breaking as it formed the basis for identifying people whose functioning was widely varied. But in the last 50 years we’ve grown to understand the positives that come with autism. Terminology should reflect that. ‘Functioning’ labels, awkwardly used to describe an autistic person’s abilities, are also deeply unhelpful and misleading, since ‘high functioning’ tends to underestimate a person’s challenges and ‘low functioning’ underestimates their capabilities. In clinical circles, those terms are no longer used, but elsewhere they are still common, with ‘high functioning’ sometimes used as a by-word for perceived intelligence. It is the varied nature of the spectrum that causes such enormous problems with jargon. Parents seek more ways of clarifying their child’s condition to others. Autistic people reject and dislike the generalisations caused by clumsy labelling.

While difficulties connected with autism shouldn’t be minimised, if definitions become less negative, parents stand more of a fighting chance of explaining autism to their children. Debby recently co-wrote the children’s book The Ice Cream Sundae Guide to Autism to address this issue. “It’s a neutral description of the different elements of autism without a negative judgement,” she says. “Autism is very complex for kids to understand. We wanted to give people the language they were missing”.

Language dictates how we feel about people and this is a very difficult line to tread. On the one hand, no one wants to minimise the distress that having autism can cause people or reduce public perceptions of difficulties until no accommodations are made. On the other hand, neither is it fair to belittle or reduce capable individuals by using terms that limit them. In the end, it’s down to us to think more carefully about our language, to make proportionate arguments, to explain ourselves – and most importantly, to use terms that accurately describe this collection of neurological differences.

This article also appeared in SEN 108 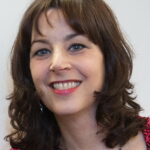 Mother to autistic teenage twins, Debby Elley is co-founder and co-editor of AuKids magazine together with Tori Houghton. She is the author of 15 Things They Forgot to Tell You About Autism and co-author of a new children’s book, The Ice Cream Sundae Guide to Autism. 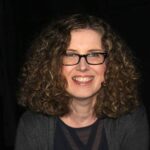 Maura Campbell is Senior Editor and Features Writer for Spectrum Women Magazine. She was one of the contributors to Spectrum Women – Walking to the Beat of Autism and she is one of three authors of Spectrum Women – Autism and Parenting, published in August 2020. She was professionally identified with Asperger Syndrome in 2011 when she was 44 years old, a year after her son’s autism diagnosis.