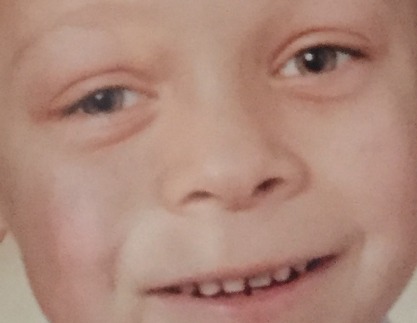 A few years ago, I featured on the BBC’s Saints and Scroungers programme talking about my experience of dealing with my eye condition (retinitis pigmentosa) from a young age. I talked about the bullying I faced at school and how bullies used my visual impairment to take advantage. They would call me names such as “blind bat”, “Mongol” and “Batman”. I found this very traumatic and upsetting and I would often take out my frustration on my mum when I got home.

Whilst at mainstream secondary, I remember people asking me if I was blind and I would respond by saying, “Not me; I think you’ve got the wrong person.” I did not want to admit my eye condition to myself, let alone to anyone else. I would become extremely angry with teaching assistants who would follow me around; I felt they were making my disability more obvious and not allowing me to interact with fellow students. I would tell them that if I needed their help, I would request it.    I also got embarrassed that my handouts were in large print and I would try and hide them in class. I felt that some teaching staff at the school regarded me as being “trouble”and that they didn’t really understand the difficulties I was dealing with on a daily basis.

I really wanted to join the Police Force and to drive a car; the realisation that I wouldn’t be able to do this was too much to comprehend. I wanted to be “normal”, just like my peers, but I quickly realised that life would never be normal for me. My dreams and aspirations as a young man would not become my reality and I had to deal with severe depression, even taking steps to try to end my life.
Blindness had very negative connotations for me and I felt useless. What could a blind man do? What type of job could a blind man get? I felt my life had become worthless. One time, I became so angry with the world that I stole my mother’s car. After a number of failed attempts, I managed to get it started, eventually steering the it into a nearby car park with my mum frantically chasing me.

My eye condition became my main focus. I started researching and watching programmes on TV and became fixated on the laser eye surgery adverts that were shown regularly. I believed it was the answer to my prayers and I contacted a number of companies, only to be told that this would not be of any benefit to me. However, the more I researched my condition, the better my knowledge of what it is, and what I could expect, became.

At the age of eighteen, I enrolled with a college for the blind, full of nerves and trepidation; I had never come across a white cane, let alone 200 of them and guide dogs galore. This was a massive turning point in my life. No longer did I have to hide my eye condition or be embarrassed to have large print material or specialist equipment. Whilst at college, I had counselling by experienced counsellors in the field of visual impairment. I met people who inspired me and gave me the confidence to realise my own potential and that there was life after blindness. I studied health and social care, sociology and business and went on to university, where I achieved a Foundation Degree in Rehabilitation Studies for People with a Visual Impairment. I was a young man on a mission to prove that sight loss did not mean job loss.

After working in several fields, I was acutely aware of the lack of knowledge surrounding visual impairment, and this gave me the determination to make a change. Two years ago, I set up my own business to help organisations and individuals become disability confident. It may have taken me a while, but my acceptance of my condition has been one of the most positive forces in my life.

Kate Reynolds explains why parents of children with SEN are not teaching proper RSE – and why they should.
#sexeducation #relationships #RSE
https://senmagazine.co.uk/content/care/social/11667/relationships-and-sex-education-engaging-parents/

Various measures have been taken by the government in light of the COVID-19 outbreak, that specifically affect children and young people with special educational needs.
#senlaw #COVID19
https://senmagazine.co.uk/content/support-advice/law/11672/coronavirus-and-young-peoples-legal-rights/?_thumbnail_id=11673

Autumn Term visits will not be inspections, says Ofsted