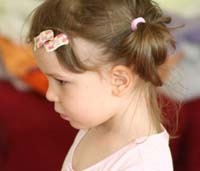 Families with disabled children are at “breaking point” because they are not getting the support they need.

Following the publication of the Government’s draft Children and Families Bill, a number of leading charities have come together to warn of a chronic shortage of services at a local level. The charities, including Scope, The National Autistic Society, Sense, 4Children and The Family and Parenting Institute, say that the changes in the Bill do not go far enough and will not protect those with disabilities and SEN from massive cuts to services.

Scope has published a new report, Keep Us Close, based on the experiences of 600 parents of disabled children. The report shows that 62 per cent of families with disabled children are not getting critical support such as childcare or nursery places, appropriate schools, essential therapies or healthcare in their local area. Nearly half of parents (49 per cent) said they had to wait a long time before they received any support.

The process of getting their child the right services was described by 60 per cent of respondents as a “battle”. Of the families who were unable to access services locally, 80 per cent said it caused them stress and anxiety. More than half (51 per cent) said it had a negative impact on their ability to work and meant they missed out on family activities, such as birthdays and playing together.

Welcoming Scope’s report, Mark Lever, Chief Executive of the National Autistic Society, said that “too many parents of children with autism have to battle to get their needs recognised, understood and met.” Mark Goldring, Chief Executive of Mencap, echoed these sentiments, saying that people with learning disabilities and their families “have real fears about their finances in the future.”

The draft Bill, the SEN Green Paper of 2011 and a number of other Government initiatives have done much to raise the profile of SEN and disability issues and place them on the political agenda, yet many campaigners fear that ministers are missing the chance to push through the kinds of reforms that would make a dramatic difference to the lives of young people and their families. “The Government has a once-in-a-generation opportunity to end the daily struggle parents of disabled children face”, says Richard Hawkes, Chief Executive of Scope. However, he warns that at the moment, the Bill “doesn’t go far enough and won’t plug the gaps in local services that families with disabled children desperately need.”

Help for teachers on dyslexia and VI