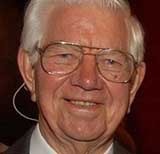 Lord Ashley, England’s first deaf MP, has died of pneumonia at the age of 89. The Labour peer was a champion of the rights of those with disabilities, both during his time in the Lords and as the Labour MP for Stoke on Trent.

Jack Ashley was first elected to Parliament in 1966 and two years later he lost his hearing after an ear operation. Despite announcing that he would resign his seat following his sudden deafness, he took a crash course in sign language and decided to continue as an MP.

A tireless campaigner for disability rights, in and out of parliament, Jack Ashley is perhaps best known for winning a landmark victory for the victims of the drug Thalidomide.

Commentators from across the political spectrum have joined leading figures from charities around the world to pay tribute to Lord Ashley. The peer’s daughter Jackie Ashley, a political journalist and presenter, said on twitter on Saturday: “The whole Ashley family deeply touched by wonderful tributes to our late father, Jack Ashley, who died yesterday. Thank you all so much.”

Reprieve for DLA reforms for under sixteens