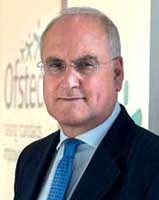 Effective leadership at all levels of the education system is crucial if England is to have a “world class education and skills system”, says Ofsted.

Launching its Annual Report, the new head of the Government’s education watchdog, Sir Michael Wilshaw, said that leadership in schools, colleges and local authorities “is key to driving up standards and ensuring all young people get the good education they deserve.”

The Report builds on the findings of nearly 25,000 inspections of early years and childcare settings, schools, colleges and adult learning facilities carried out during 2011/12. It says that while schools in England are improving, there is still a long way to go before the nation catches up with the best in the world.

The proportion of schools achieving positive ratings is going up year on year, with 70 per cent of all schools judged to be good or better today, compared to 66 per cent of schools three years ago. Ofsted also noted that there are now nearly 1000 more outstanding schools, and nearly 1000 fewer inadequate and satisfactory schools, than there were three years ago.
Sir Michael said that the upward trend in the performance of the schools system could be put down to better leadership and a slow improvement in the quality of teaching. “Heads are now in the driving seat in a way I could only have dreamed of 20 years ago. They now have more autonomy and more control over their resources than ever before”, he said.

Ofsted found wide variations in the performance of schools across different local authority areas, leading to serious inequities for children in some parts of the country. Describing this regional inequality as “unacceptable”, Sir Michael said that, starting in January, he will be using Ofsted’s new regional structure to find out why certain areas are performing badly and instigating inspections where necessary.

The Report also identified major concerns with the quality of provision in the post-16 learning and skills sector, especially in colleges, which are not adequately preparing young people for the world of work.

The Annual Report of Her Majesty’s Chief Inspector of Education, Children’s Services and Skills 2011/12, is available online at:
www.ofsted.gov.uk