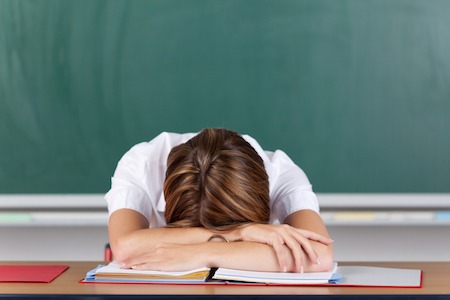 SEN reforms have led to chaos and confusion in some areas, says a new report from the charity Driver Youth Trust.

Joining the Dots, commissioned from think and action-tank LKMco, presents a picture of fragmented SEN provision that makes it hard for some families to access the support they need.

In some places, recent reforms have unleashed innovation, the report says. At Plumcroft Primary School in Greenwich, for example, Headteacher Richard Slade has negotiated a deal with educational psychologists from Harley Street giving pupils access to top experts regardless of their family background. However, the wider picture is very much of mixed provision.

The Government introduced the “local offer” last year, requiring all local authorities to tell parents what SEN support was available in the area, but the study shows that these offers are often incomplete and largely useless.

“As a parent of children who have struggled with dyslexia I am concerned that it is still so hard for some children to access the support that they need”, says Sarah Driver, Chair of the Trust.

The Trust has called on the Government to introduce an annual SEN and disabilities award with a prize comparable to the £100,000 on offer for schools who excel in supporting children in receipt of pupil premium, which celebrates success and highlights best practice.

The report also asks the Government to commission an independent review of how local authorities are delivering their statutory responsibilities for SEN and disabilities in order to identify good practice and support weaker local authorities.

“Too often, policy is made for the ‘average’ student and reforms are judged in terms of how they affect the majority”, says the study’s lead author Eleanor Bernardes. ”It became overwhelmingly clear over the course of this research that to look simply at SEN specific reforms misses the bigger picture of how unprecedented upheaval in the education sector as a whole has affected children and young people with special needs.

The report can be found on the Trust’s website:
http://driveryouthtrust.com