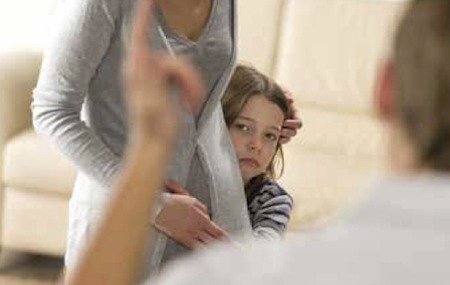 Urgent action is needed to improve the prevention and early identification of child sex abuse and the support provided for victims, says the Children’s Commissioner.

The true scale of child sex abuse in England is likely to be significantly greater than official figures suggest, according to a report published by the Children’s Commissioner for England, Anne Longfield.

Though police and local authorities recorded around 50,000 cases of sexual abuse over the two years to March 2014, it is estimated that as many as 450,000 children were abused over the same period – meaning that only one in eight received interventions designed to keep them safe and help them to overcome their experiences.

The majority of victims go unidentified because the services that protect them, including the police and social services, are geared towards children self-referring or reporting abuse. Often, children do not even recognise that they have been abused until they are much older. “Our research suggests that many victims suffer in silence, unknown to those who could protect or help them to overcome their experiences”, says the Commissioner. “This is often because the services we provide rely on children coming forward and telling someone that they have been abused, which they rarely do.”

The report, entitled Protecting children from harm: A critical assessment of child sexual abuse in the family network in England and priorities for action, reveals that the vast majority of child sexual abuse (66 per cent) takes place within the family or its trusted circle. There are additional barriers to children reporting this type of abuse, resulting in most going unreported. Children may feel intimidated or scared of causing trouble for their family, or they simply may not have the words to express what has happened to them. “We must now wake up to and urgently address the most common form of child sexual abuse – that which takes place behind the front door within families or their trusted circle”, says Anne Longfield.

Girls are much more likely to suffer abuse within families – 75 per cent of victims are girls – though boys may be under-represented because their abuse is less likely to be identified.

The report also says that professionals working with children need additional support to help them identify victims of sexual abuse.

The report calls on relevant government departments to work together to develop and implement a strategy for the prevention of child sexual abuse. It says the Government should explore how to strengthen the statutory responsibilities of organisations and professionals working with children, as part of their duty of care.

The Children’s Commissioner is calling on schools to equip all children, through compulsory lessons for life, to understand healthy and safe relationships and to talk to an appropriate adult if they are worried about abuse. Schools should take the necessary steps to implement a whole-school approach to child protection and support all staff to respond effectively to disclosures of abuse. All teachers in all schools should also be trained and supported to understand the signs and symptoms of child sexual abuse as part of their initial teacher training and ongoing professional development.

From the moment of initial disclosure, children should receive a “holistic package of support, tailored to their needs”, the report argues. This should include therapeutic support to help them recover from their experiences.

In addition, recommendations from the Children’s Commissioner include that the Government reviews the process of inter-agency investigation of child sexual abuse, including the role of the police and children’s social workers, to ensure that the process minimises the potential for re-traumatisation, whilst maximising the possibility of substantiating abuse and taking effective protective action and taking the views of the child into account. Children and young people with harmful sexual behaviour should also receive proportionate and timely intervention to reduce the risk of this behaviour continuing into adulthood.

The report into child sexual abuse can be found on the Children’s Commissioner’s website:
www.childrenscommissioner.gov.uk