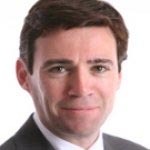 Launching Labour’s NHS and care review at the King’s Fund in London today, Mr Burnham said that Labour would introduce health and wellbeing boards to manage spending on health and care. Boards would be made up of health professionals and commissioners, elected representatives and members of the public. There would also be a greater role for local authorities than under the Government’s current plans.

Whilst the GP-led clinical commissioning groups (CCG’s) would remain, they would have a more advisory function. Much of the role the Government has planned for CCG’s, including decisions over funding and commissioning, would be taken on by the new boards.

Labour claims its proposals would enable the boards to work with local authorities to address broader issues affecting people’s health in their area. This would facilitate a multi-agency approach to health inequalities, and public health issues such as poverty. A more unified approach would free the NHS from its “treatment service mentality” and allow it to fully embrace prevention, said Mr Burnham.

The Shadow Health Secretary also said that, particularly given the UK’s ageing population, people’s needs are becoming more complex, with a blurring between their physical, mental and social needs. He claimed that the new proposals would put an end to the detached working of services covering physical health, mental health and care, providing more co-ordinated support for patients.

Mr Burnham also pledged that Labour would curtail further expansion of the private market into health services. He questioned the belief that greater competition leads to better financial management, more effective services or greater choice for users: “The evidence simply doesn’t support it – financially or on quality grounds”, he said.

Andy Burnham’s speech can be viewed in its entirety at:
http://www.labour.org.uk/andy-burnhams-speech-to-the-kings-fund-whole-person-care,2013-01-24