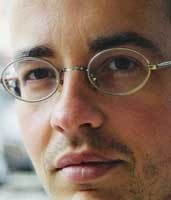 In a bid to help children in care achieve better grades at school, the Department for Education (DfE) has announced that virtual school heads will be made mandatory for all councils in England.

The move came as the Department published its annual statistics on the school attainment of looked-after children. The figures show that the results of children in care remain well below average. Less than 15 per cent of this group achieve five GCSEs, including English and maths, compared to 58 per cent of children in the general population who achieve at this level or above. The figures did, though, show some narrowing of the attainment gap at Key Stage 4.

The Government plans to enshrine in law the duty of every council to provide a virtual school head, whose primary responsibility will be to support those in care at school and raise their educational attainment. Virtual school heads will work with head teachers to find out what children in care need, such as extra tuition or emotional support, to improve their results. The DfE says that the holders of this role will also act as “pushy parents” on behalf of those in care, challenging colleagues and senior directors to provide quality learning and support. They will also be charged with ensuring that children in care, and their foster or other carers, are involved in decisions about the delivery of their education.

The Government says that those local authorities that already have strong virtual school head arrangements in place achieve above the national average for looked after children. A DfE statement highlighted that, this year, 40 per cent of looked after children in Warrington, 37.5 per cent in North Tyneside and 22.2 per cent in Dudley achieved five good GCSEs.

We’re hearing stories from autistic people, like Connor, who are struggling to adapt, and will struggle again when the lockdown eases. Help us continue to support those who need us: https://bit.ly/2ZRKInx

ABOUT US
SEN Magazine is the UK's leading journal for Special Educational Needs. Useful and thought-provoking articles written by specialists in the field.
Contact us: info@senmagazine.co.uk
FOLLOW US
© SEN Magazine Ltd
×
MORE STORIES

Brushing up on dental health

Check your hearing with iPhone app