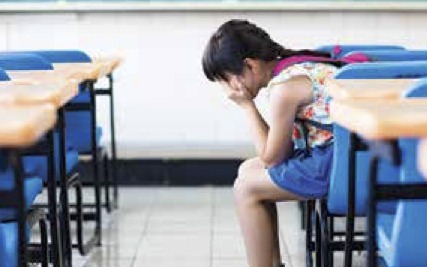 Mainstream schools are struggling to support the 1.1 million pupils with SEN or disabilities in England, says a new report from The Key.

More than eight in ten mainstream schools across England do not have sufficient funding and budget to adequately provide for pupils with SEN, the survey found, while 89 per cent of school leaders believe cuts to local authorities’ services have had a detrimental impact on the support their school receives for pupils with SEN and disabilities.

Three-quarters of schools have pupils who have been waiting longer than the expected maximum time of six weeks for an assessment of SEN or an education, health and care (EHC) plan. Initial teacher training does not adequately prepare teachers to support pupils with SEN and disabilities, according to 88 per cent of those surveyed.

More than two-thirds of schools in England are calling for a greater focus on children with SEN and disabilities in mainstream education policy making.

The survey suggests that there are far-reaching and systemic issues in the support currently available to children with SEN and that the situation is getting worse. Nearly nine out of ten (89 per cent) of school leaders said the support they receive for these children has been affected detrimentally by cuts to local authority services.

Budget issues associated with SEN provision, and the wider implications of these, was a recurring theme in comments left by those who completed the survey. One headteacher said: “Funding for pupils with SEN has become extremely difficult to access this academic year and this has a detrimental impact on staffing and the welfare of our pupils.”

When asked if initial teacher training adequately prepares teachers to support pupils with SEND, 88 per cent of school leaders said they don’t believe it does. One headteacher explained: “Teachers cannot possibly have or expect to gain knowledge, experience and skills to cope with the many differing needs of children now coming into school.”

Speaking about the findings, Fergal Roche, Chief Executive of The Key said: “A year on from major reforms to the national system for SEND provision, these findings represent an important wake-up call from school leaders. Schools need adequate funding and a holistic, well co-ordinated and resourced system of support behind them to provide effectively for children with SEND.”

While the findings show that pressure is being felt across the school system, primary schools appear to be under the most strain when it comes to providing for pupils with SEN and disabilities. More than eight in ten primary school leaders say their budget is insufficient and more than nine in ten have had the support they receive for SEN and disability provision affected by cuts to their local authority.

At the secondary school level, seven in ten school leaders raised concerns about their funding and budget for SEN and disability provision, and more than eight in ten experienced diminished SEN support because of cuts to their LA.

Delays in assessments of SEN and long waits for EHC plans also appear to be more prevalent for children of primary-school age: 79 per cent of primary schools have pupils who have been waiting longer than the expected time, alongside just over six in ten secondary schools.

The survey findings have raised concerns amongst SEN charities. “We have always known that local authority budget cuts and funding cuts to vital local services has the potential to threaten the success of new SEN system, so it’s worrying to learn that school leaders believe this is indeed hampering their ability to support children with SEN in their schools and the impact that this may have on children and the families we support”, says Carmel McDermott, an SEN helpline advisor at Contact a Family.

The survey by the Key, which provides leadership and management services to schools, was based on the views of more than 1,100 school leaders. The questionnaire for this study was conducted online.