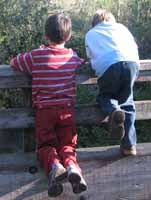 Nearly 400,000 pupils missed at least a month of school during the school year 2010/11, according to new Government statistics.

Those with SEN, and children on free school meals, were around three times more likely to be persistently absent.

Schools Minister Nick Gibb acknowledged that persistent absence is a serious problem which can have a major impact on a child’s future. “Children who miss school, miss out as adults”, he said.

The Government has asked its Expert Adviser on behaviour, Charlie Taylor, to conduct a review of attendance at school.

The statistics for pupil absence in schools in England for the school year 2010/11 can be found at:
http://www.education.gov.uk/rsgateway/DB/SFR/s001060/index.shtml